From August to September the number of people employed in the City of Detroit decreased by about 109, leading to a total of to 285,018 people employed.

According to the most recent data released on Southeast Michigan’s Purchasing Manager’s Index, the PMI for September was 59.4, a positive increase of 4.6 points from the prior month and a decrease of .5 points from last year at this time.

The Commodity Price Index, which is a weighted average of selected commodity prices, was recorded at 55.7 points in September, which was 7.4 points lower than the previous month and 1.5 points higher than a year ago. 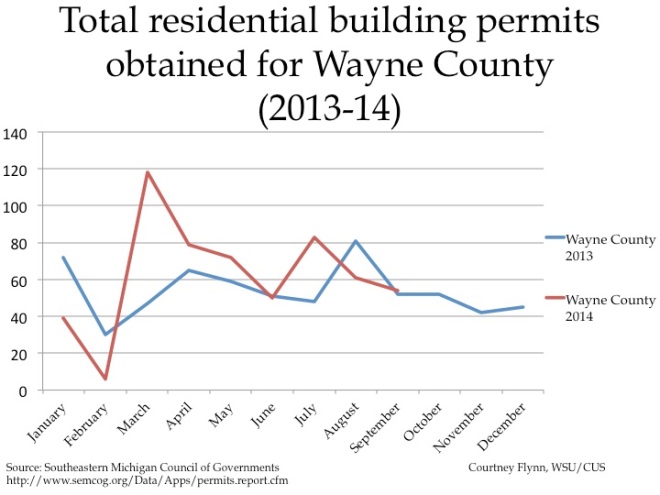 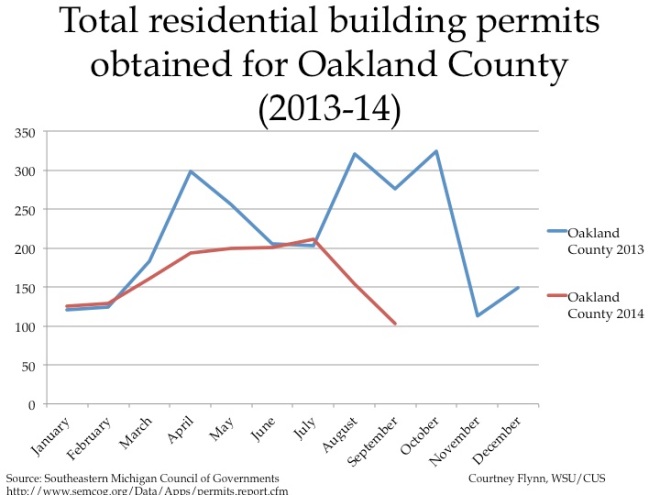 The above charts show the number of residential building permits obtained each month in Wayne, Oakland, and Macomb counties from January 2013 until September 2014. These numbers are reported by local municipalities to the Southeastern Michigan Council of Governments and include single-family units, two-family units, attached condos, and multi-family units.